AUTHOR OF PROZAC NATION DIES AT 52 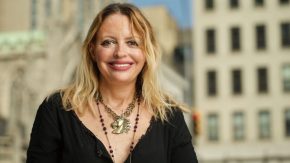 Wurtzel was in her mid’s 20’s when she wrote the 1994 book Prozac Nation about her own struggles with addiction and depression. Critics praised her for her candour and accused her of self-pity. She was ridiculed after a 2002 interview with the Globe and Mail in which she spoke dismissively of the Sept. 11 terrorist attacks. Her best-selling memoirs helped spur a boom in confessional writing.  Wurtzel died in New York.