The mother of Canadian pop sensation Celine Dion has died.Therese Dion was 92. 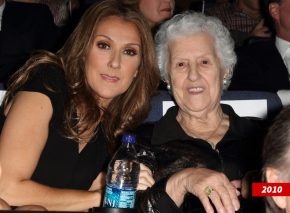 Quebec Premier Francois Legault extended his condolences to the family, saying her loss is being felt by the entire province. In addition to being mother to Celine, the youngest of her 14, she was a notable TV personality in Quebec with her own cooking show.  affectionately known to Quebecers as “Maman Dion, she also founded the Foundation Maman Dion in 2006 to support the education of children from disadvantaged backgrounds. Céline  told fans her  concert in Miami will go on as planned Friday evening.