Dust is the central theme of a new photography exhibit at the Toronto’s Ryerson Image Centre. A Handful of Dust: From the Cosmic to the Domestic was inspired by a single photo taken 100 years ago in a New York art studio. Visual artist Man Ray captured the black and white image of dust collecting on a sheet of glass that was being stored by painter and sculptor Marcel Duchamp. 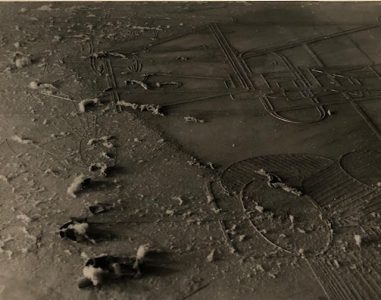 Over the years that iconic photograph was reprinted in with incorrect descriptions and misleading titles, like “View From an Airplane.” Curator David Campany was inspired to create this travelling exhibition based on the ambiguity and different interpretations of this one photo. ” I was struck by the fact that one photograph was key to understanding photography but it might also be a key to understanding the twentieth century,” Campany told a gathering at the preview of his Toronto show. 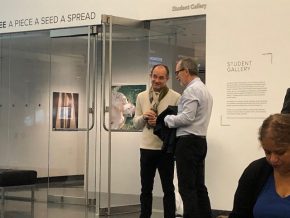 This beautiful exhibit spans 100 years and is a mix of photographs by established artists to items the curator bought on eBay. There are press photos of the Iraq War and the American dust storms in the 1930’s, eerily reminiscent of current day photos of Australia being consumed by raging forest fires. 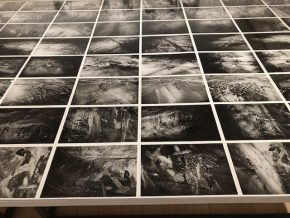 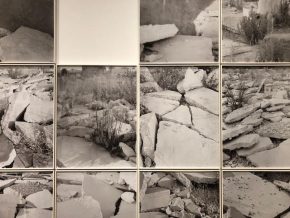 A Handful of Dust opened January 22 and runs until April 5th at Ryerson Image Centre.
Listen to a report from Christine Ross here.