There’s a second case of the new coronavirus in British Columbia. Medical officer of health Dr. Bonnie Henry says tests came back positive last night but it can’t be officially confirmed until tests are done at the national lab in Winnipeg. 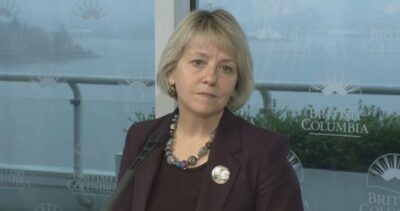 Cases are not officially confirmed until tests are done at the main national lab in Winnipeg. Dr. Henry says a woman in her 50’s had contact with family visiting from Wuhan, China. All remain isolated at the woman’s home. If the case is confirmed, it would be the fifth case in Canada, and second in B-C.This news as  hundreds of anxious Canadians are waiting to get on a plane on Thursday to be flown out of the virus epicentre in Wuhan, China.