Ontario Premier Doug Ford waded into American politics during his trip to Washington. 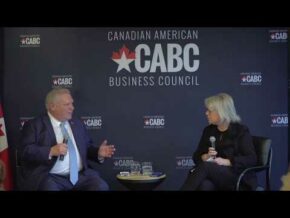 During a fireside chat with the Canadian American Business Council, Ford took shots at U-S House speaker Nancy Pelosi for ripping her copy of the State of the Union speech. 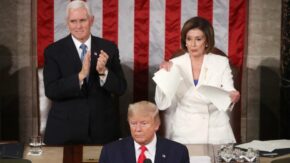 He also criticized Democratic Presidential candidate Bernie Sanders, calling his socialist ideas “scary”. Ford also denounced the “left wing” Liberal government that dominated Ontario politics for 15 years, complaining about the debt they left behind. But he reserved praise for Donald Trump saying he loved listening to the President’s State of the Union Address.Ford is part of a delegation of Canadian premiers in Washington to promote trade.