Rick Moranis is back! 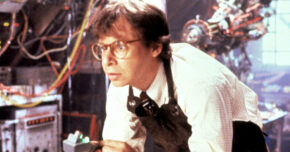 The 66-year-old Canadian-born actor returns to show business after a 24-year hiatus for a reboot of  Honey, I Shrunk the Kids. Moranis starred in the original as a scientist whose children stumble upon one of his experiments in their family’s home and end up shrinking themselves down to the size of bugs. The actor is known for a number of memorable comedy roles, including Ghostbusters and Spaceballs, but has been picky with his roles in recent decades. The reboot Shrunk, will star Josh Gad as the son of Moranis’ inventor Wayne Szalinski, and Joe Johnston, the director of 1989’s Honey, I Shrunk the Kids, will helm the reboot.