ALL STAR LINE UP FOR NEW MIRVISH SEASON 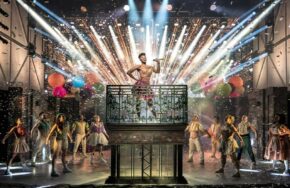 Two Andrew Lloyd Webber musicals and a Canadian production of Romeo and Juliet are among the shows in Mirvish Productions’ upcoming season. The newly announced lineup includes Lloyd Webber’s 50th anniversary production of the rock opera Jesus Christ Superstar. The line up also the Canadian premier of  The Phantom of the Opera sequel  Lover Never Dies set 10 years after the Phantom disappeared from his Paris Opera House lair. Audiences can also expect  a new Canadian production Juliet, which looks at what would have happened if Juliet had decided to choose her own fate in Shakespeare’s  Romeo and Juliet. Twelve shows are in the Mirvish line up including a new take on the 1943 classic Oklahoma! which won the 2019 Tony Award for best revival of a musical. And Come From way continues its record breaking run.