The all-Canadian cast of 39 actors will star in the stage spinoff of Harry Potter and the Cursed Child set 19 years after the last installment in J.K. Rowling’s beloved book series. Mirvish productions says the box office for the Tony Award-winning play at Toronto’s Ed Mirvish Theatre will open April 4. 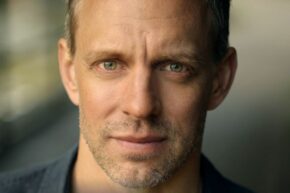 Harry Potter and the Cursed Childopens at the Ed Mirvish Theatre October 23rd and is presented in two parts.