An angry John Tory has had enough of bad behaviour amid efforts to flatten the COVID-19 curve. 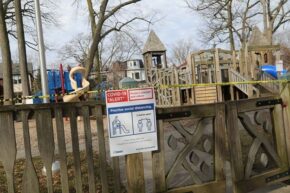 The Toronto Mayor’s message for people who don’t follow physical distancing rules “you will pay a price.” Tory announced a ticketing blitz beginning Monday to enforce closure of more than 1500 parks following many reports over the weekend of people disrespecting the rules by climbing over barriers and playing soccer in parks. Residents violating the order will face a minimum fine of $750 to a maximum of $5,000. “I am fed up with this, and I think it is stupid and it is life-threatening,” says Tory. He also hasn’t rule out more drastic measures to enforce the order, such as outright closures of city parks. Going forward, 311 staff will log complaint calls it receives about violations of the city’s orders.