Canadian filmmaker Giles Walker has died at 74 from cancer. 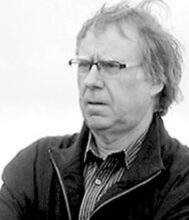 Walker directed and co-wrote the 1979 Oscar-nominated Bravery in the Field, about a Second World War veteran and young street punk who discover they have more in common than they realized. Born in Scotland in 1946, Walker began his career as a documentary filmmaker with the National Film Board. His docs included No Way They Want to Slow Down and The Sword of the Lord, which both looked at the world of skiing.