The Duke and Duchess of Sussex have announced they’ll no longer co-operate with several British tabloid newspapers because of what they call distorted, false or invasive stories. 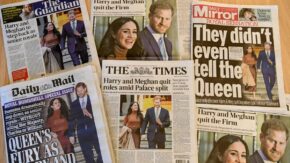 Meghan and Prince Harry have written to the editors of four publications saying their stories based on gossip have upended the lives of acquaintances and strangers alike.The letter says Harry and Meghan will have zero engagement with the newspapers, and said the couple believe that a free press is a cornerstone to any democracy. But the director of Britain’s Society of Editors says their actions amount to censorship and set an unfortunate example.