A  “road map, not a calendar”  is how Doug Ford describes his government’s broad framework to re-open the province. The plan is short on details but outlines a three  stage plan to lift restrictions gradually. “The framework is about how we’re reopening, not when,” said Ford. “I wish we had a crystal ball to see what’s going to happen in the future, but I know one thing, if we all keep doing what we’re doing, we’re going to see great results.”

In the first phase, the province will reopen some outdoor spaces, allow for larger gatherings like funerals and allow select businesses to reopen with strict health policies in place, although they haven’t been identified. 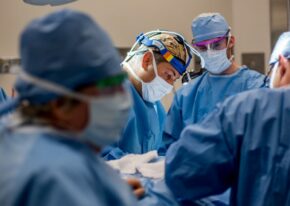 Health Minister Christine Elliott also says urgent and scheduled surgeries will begin in the first stage with cancer surgeries given top priority. Stage two may including opening more businesses, such as service, retail or office workplaces, opening more outdoor spaces and allowing some larger public gatherings. Stage three would include opening all workplaces and further relaxing rules on public gatherings however the Premier says concerts and sporting events are unlikely this summer. While there is no date set to begin stage one, each one will last from two to four weeks, depending on the advice of the province’s health experts.