Premier Doug Ford has a warning for some of the province’s regional medical officers of health. “We’re going to be on to them, they have to pick their socks up,” said a visibly frustrated Premier when asked about the slow pace of COVID-19 testing across the province. “I’m disappointed with the chief medical officers in certain regions, I’m not going to name them but they know who they are. Start picking up your socks and start doing testing. I don’t know what the big problem is testing, it’s frustrating as anything,” Ford told reporters at his daily COVID-19 briefing. The Premier hinted that the province may eventually scrap a regional public health system for a more centralized one. 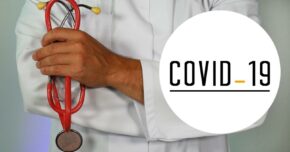 The Premier says health officials have assured him a scarf is acceptable if retailers demand customers wear masks.