April set a new single-month record for employment declines, with nearly two-million jobs lost as a result of COVID-19 shutdowns. Statistics Canada says the unemployment rate hit 13.0 per cent, but could have been 17.8 per cent if the 1.1 million Canadians who stopped looking for work had been included. Premier Doug Ford calls the job losses staggering. “Families are wondering how they’re going to pay the rent and how they put food on the table,” Ford told reporters. 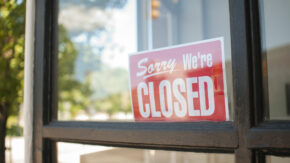 After the grim news, the federal government announced it’s extending the emergency wage-subsidy program beyond its early-June endpoint. The wage subsidy covers 75 per cent of worker pay up to $847 a week to try to help employers avoid layoffs. The Prime Minister say reopening Canada’s economy and the lifting of COVID-19 restrictions will take place “very, very gradually.”