A letter to Premier Doug Ford from OPSEU president Warren Thomas dated April confirms that inspections of long term care homes were being done by phone, not in person, because in the words of the union were ‘not necessary’ and ‘ill advised’ due to the pandemic. Ford is now fighting back against criticism over those phone inspections. “I’m just going to lay the chips on the table here, I’ve been taking bullets everyday for the union,” says Ford. “The truth of the matter is, they were refusing to go into these homes.” Ford says he understands the situation and adds the good news is inspectors are going back inside nursing homes, and he credited Warren Thomas for his leadership.

Meantime, Ford announced his government has extended the mandate of an expert panel that deals with nursing home staffing and infection management and adds a  second round of testing in long term care is now underway. Minister Merrilee Fullerton says there are 19 nursing homes considered code red as the struggle to deal with COVID-19. 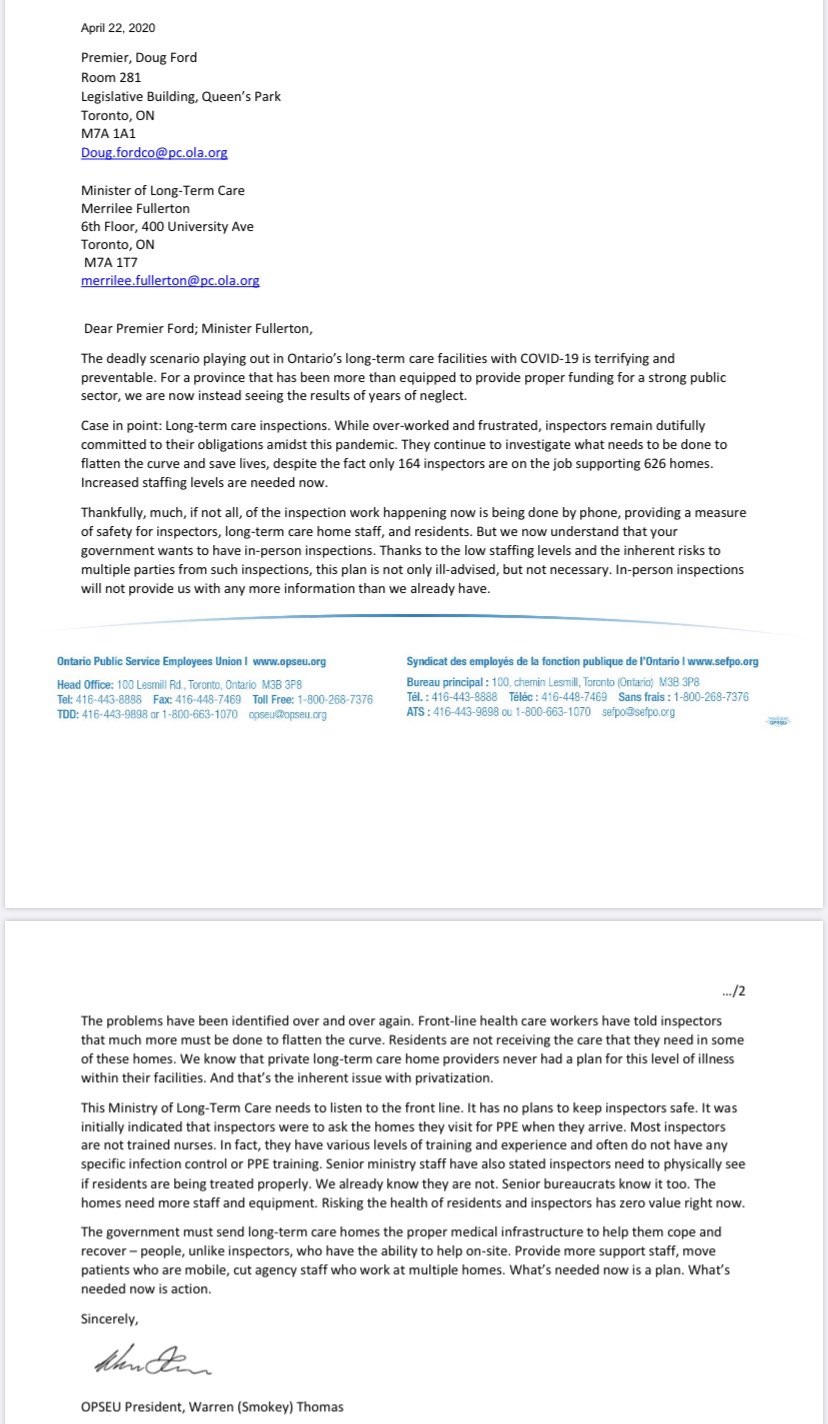