Short term rentals including cottages, homes, condos and B&B’s will be allowed to open starting June 5th. That’s according to a tweet by Ontario’s Job Creation minister Vic Fedeli. 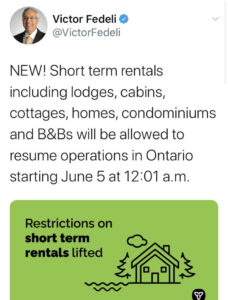 But mixed messaging from his boss Premier Doug Ford who says a decision is coming next week. “Once we get that approved, we’re going to move forward and get that done,” said Ford. “I know there’s a lot of people that need that income and a lot of people that want to rent their place so we’re working on that right now and hopefully by next week, we’ll be rolling that out.” 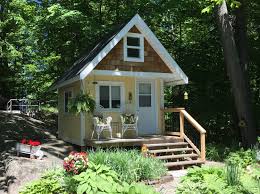