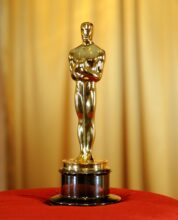 Hollywood’s biggest night is being postponed for just the fourth time in its history.

The Oscars will now be held next April, eight weeks later than originally planned due to the pandemic.

The Academy of Motion Picture Arts and Sciences also decided to extend the eligibility window beyond the calendar year to next February.

“Our hope, in extending the eligibility period and our Awards date, is to provide the flexibility filmmakers need to finish and release their films without being penalized for something beyond anyone’s control,” said Academy President David Rubin and Academy CEO Dawn Hudson in a joint statement.

Other entertainment industry awards shows are also in flux. The Tonys originally set for June 7th have been postponed indefinitely. But the Emmys are still holding onto September 20th while the Golden Globes do not yet have a date.