As a musician, he’s spent years on the road and decided this was a good time for a pandemic road trip, to meet essential workers around the United States who risk their lives. 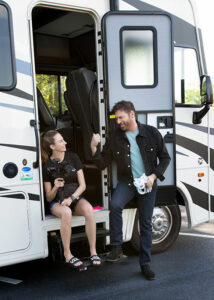 With the help of his filmmaker daughter Georgia Connick and a bunch of GoPro cameras, the pair embarked on a 12-day journey and the highlights will be shown on a TV special this Sunday called United We Sing; A Grammy Tribute to the Unsung Heroes.

It will feature performances and appearances from some of his celebrity pals.

The 52-year-old singer calls the trip highly emotional and hopes people will view the show as a respite from all the bad news of later.