THE SHOW MUST NOT GO ON, UNTIL EARLY NEXT YEAR

Broadway’s shut down has been extended again, until at least early January. 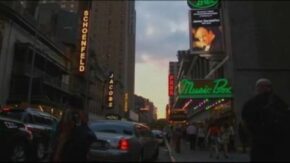 Although an exact date for performances to resume has yet to be determined, producers are now offering refunds and exchanges for tickets purchased for shows through January 3rd.

Broadway theatres abruptly closed on mid March knocking out all shows including 16 that were still scheduled to open and postponing indefinitely the Tony Award schedule.