The province is cracking down on the tow truck industry.

Premier Doug Ford says he’s alarmed by the recent violence and has announced a new task force to help make the industry safer.

“To all the bad actors out there, my message is very clear,” warned Ford. “The party’s over, we’re coming for you and we’ll catch you and we will lock you up.” 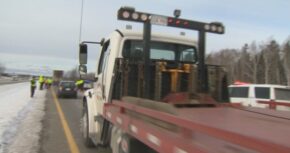 Toronto Police have charged 11 people, including one of the force’s own officers while York Region Police has dismantled several alleged organized crime rings that resulted in charges including murder.

The new task force includes members from across numerous government ministries as well as the Ontario Provincial Police to improve provincial oversight into the towing industry.