Premier Doug Ford, who declined a request from the big cities Mayors to mandate face coverings, doubled down during his daily pandemic briefing Tuesday, saying each region can make their own rules.

“Toronto and Peel is different than Kenora and Rainy River, it’s apples and oranges, each public health area will have the authority to put it in two ways,” Ford told reporters. “Either through section 22 of the Health Act or they do it through it the bylaw and go through council, which Toronto has done.” 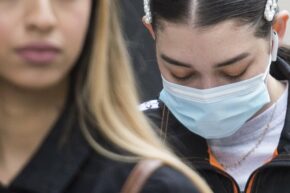 Meantime, the Ford government announced that provincial parks will be free for day-use Canada Day. And fishing will also be free for two weeks beginning July 4th. In addition, numerous Ontario attractions have special virtual experiences and events planned for tomorrow.