Columnist and author Alan Fotheringham, known for decades of  satirical commentaries about Canadian public figures, has died at his Toronto home. He was 87. 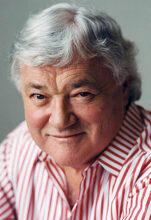 For 27 years, Fotheringham’s columns appeared in the prominent last-page spot of Maclean’s magazine, where readers often turned to read his take on Canadian news and politics.

He also published several books, including a collection of essays called Last Page First and a 2011 memoir, Boy From Nowhere.

Fotheringham was born Murray Allan Scott on August 31, in Saskatchewan. He took the surname Fotheringham after his mother remarried following his father’s death.