A year after his death, beloved Maestro Kerry Stratton is being remembered by Toronto’s classical music community, friends, and family, as the Toronto Concert Orchestra performs a virtual celebration of life to end its summer concert series.

Next Tuesday’s special evening to honour the former radio host on The New Classical FM, is the first in a long time for Kerry’s former orchestra, impacted by COVID-19. The 28-member ensemble will perform outdoors, socially distanced, among beautiful gardens and live streamed on its YouTube page here 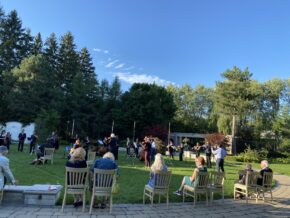 “It’s very fitting to do this for the finale concert because Kerry passed the day of our finale concert last season,” Sharon told The New Classical FM.

“There was a way that Kerry spoke through the radio, it felt like there was a friend speaking to you.” 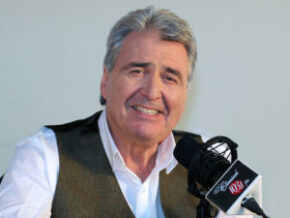 Co-artistic director and musician Marcus Scholtes describes Kerry as “superman” in many ways.

“The public almost demanded almost that we give a proper a tribute to our beloved maestro,” said Scholtes.

Kerry was a huge part of the next generation. He commissioned young Toronto composer Sam Bisson, who is now the TCO’s first ever composer-in-residence.

Despite his ALS diagnosis, Kerri was joyful and continued to surround himself with music leaving a legacy to his former orchestra. 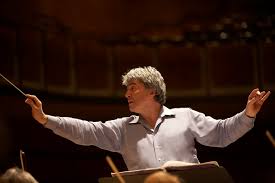 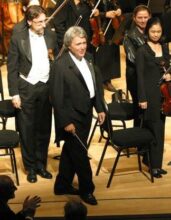 “Kerry did leave us a lot of notes, and guidelines for future programs and we’ll be using those notes as the basis for our programming in the years to come,” added Scholtes.

For more information on the August 25th concert, visit the website for the Toronto Concert Orchestra

Listen to this report by Christine Ross here.