The BBC has reversed its controversial decision to scrap the lyrics of two patriotic songs during its annual end-of-summer concert and perform instrumental versions only. 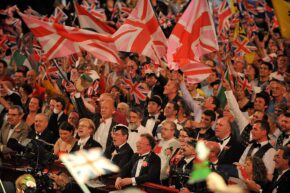 Last week, Britain’s publicly funded broadcaster said the orchestra would perform instrumental versions of  Rule, Britannia!  and  Land of Hope and Glory instead of the traditional audience singalongs on the final night of its Proms concert series.

That decision sparked backlash from critics who said it was an example of political correctness at a time when the Black Lives Matter movement has led to a re-examination of the British Empire, which the songs celebrate.

In a statement, the BBC says “Both pieces will now include a select group of BBC Singers. This means the words will be sung in the Hall, and as we have always made clear, audiences will be free to sing along at home.”