The long list for this year’s Scotiabank Giller Prize is out with Thomas King and Emma Donoghue among the authors nominated for the $100,000 award.

King’s nomination for Indians on Vacation comes days before a documentary based on his 2012 non-fiction The Inconvenient Indian is set to premiere at the Toronto International Film Festival.

Donoghue, best known for the literary, screen and stage hit Room is up for her pandemic-set historical novel The Pull of the Stars. 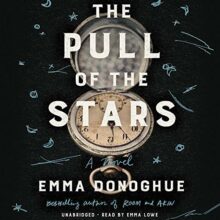 Last year’s winner Ian Williams announced the 14 contenders vying to make the final cut for the 2020 prize on Tuesday. Check out the complete list here

The long list is a split between books from homegrown presses and multinational publishing companies.

This year’s nominees include the first graphic novel.