WE Charity is closing its Canadian operations. 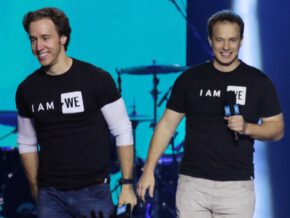 Co-founders Craig and Marc Kielburger plan to leave the Toronto-based youth organization once the transition to a new board of governors is complete.

The charity will lay off its Canadian staff in the coming months and sell all its property in Canada, including its Toronto headquarters, to create an endowment fund that will pay for the completion of several projects that are still underway.

The brothers blame the pandemic and the controversy surrounding the Liberal government’s plans to have the organization run a multimillion-dollar student-volunteer program.