U.S. BACKS DOWN ON ALUMINUM TARIFFS

But Chrystia Freeland adds that Canada has not conceded anything.

“Should tariffs be reimposed on our aluminum exports in the future, Canada will retaliate with perfectly reciprocal dollar-for-dollar tariffs as we have done in the past,” Freeland told reporters. 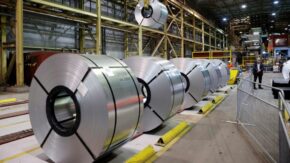 The backpedal by Washington comes just a day after the Trudeau government announced it would impose retaliatory tariffs this week. Canada’s Trade minister Mary Ng says tariffs would have hurt industry on both sides of the border. The office of the U.S. Trade Representative says the reason for the about-face is that it expects Canadian exports to normalize the rest of the year.