Ontario is tightening rules for restaurants, bars and nightclubs beginning at midnight Friday. Last call will be 11 p.m and in-person dining at midnight. 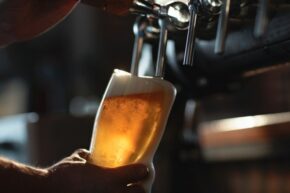 In addition, all strip clubs are being forced to close, this after 500 people were exposed to COVID-19 after an employee tested positive at a Toronto adult entertainment club.
Premier Doug Ford says the changes come as cases rise and municipal leaders expressed concern. Saying he doesn’t “see seniors too often in the night clubs” Ford says they’re targeting the group with the most cases. 65 percent of new cases reported Friday are in those under 40.
“I don’t think it’s the end of the world if people stop drinking at 11 and close it down at 12 o’clock, it’s a precautionary measure,” said Ford.
Meantime, 18 more pharmacies will begin offering COVID tests starting Tuesday. To see the list of participating pharmacies, click here
Currently, 60 pharmacies are offering by appointment only tests to certain asymptomatic individuals, including those with loved ones in long-term care, close contacts of a case or high-risk workers.
And the Ford government is spending almost $750M to clear thousands of backlogged surgeries and says new modelling projections will be released next week.
Ontario is reporting 409 new cases with 204 in Toronto, 66 in Peel Region and 40 in Ottawa.