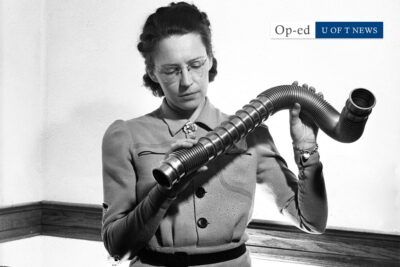 Historica Canada released a tribute to her influential role in the Second World War October 1, to mark the first day of Women’s History Month.

MacGill was one of the first women admitted to the engineering program at the University of Toronto in 1923.

Six years later, she earned a master’s degree in aeronautical engineering from the Massachusetts Institute of Technology.

The tribute video also focuses on her role at at the Canadian Car and Foundry in Thunder Bay. She was 33 years old when she accepted a post as chief aeronautical engineer at the company in 1938.  She oversaw the production of more than 1,400 Hawker aircraft, a  fighter  flown in the Battle of Britain. Her work there earned her the nickname “Queen of the Hurricanes.”