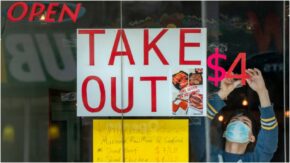 “I want to exhaust every avenue before I ruin someone’s life,” said Ford.

The premier is referring to a request by Toronto’s Medical Officer of Health to invoke further restrictions in the city including shutting down indoor dining in restaurants among other measures.

“These are people that have put their lives into these small restaurants and they put everything they have and I want to make sure 100 percent and see the evidence before I take someone’s livelihood away from them and shut their lives down.”

Meantime, Ontario’s top doctor says the province is not considering travel restrictions to COVID hotspots. But Dr. David Williams says people should not leave home if they don’t need to.

The Ford government has also announced another 100 pharmacies will begin COVID-19 testing next week.

On this World Teachers Day, the Ford government is spending an additional $35M on higher risk schools in Toronto, Peel, York and Ottawa.