Critics accuse the Ontario government of undermining local democracy as the province moves to scrap ranked-ballot voting in the next civic election. 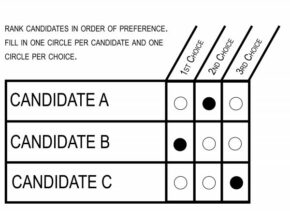 The Opposition says it’s just another provincial attempt to meddle in municipal decision-making. But Premier Doug Ford defends the move.
“Well, first of all, we’ve been voting this way since 1867, we don’t need anymore complications on ranked ballots,” said Ford. “It’s very simple and that’s what we’re moving forward on.”
Ford says it saves municipal resources that would be better spent tackling the pandemic.
London was the first municipality in the province to use ranked balloting in the 2018 civic election, but other local governments have also looked into making the switch.
A referendum on the issue in Kingston that same year received support from more than 60 per cent of participating voters.