Zoomers will remember the first of the Ford Mustangs from the mid-1960s. 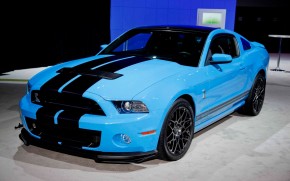 Now the automaker says it will unveil a new version of its Mustang on December 5th.  It will be the sixth generation of Ford’s pony car, which saw its last full redesign in 2005.  Mustang sales are flat compared with last year, and it’s currently outsold by its G-M rival the Chevy Camaro, built in Oshawa.