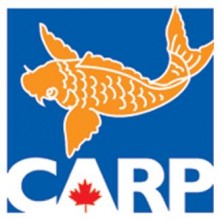 CARP – a New Vision of Aging – is supporting Ontario’s Premier in her efforts to enhance the Canada Pension Plan.  CARP’s Vice President of Advocacy Susan Eng along with four chapter chairs are scheduled to meet with Kathleen Wynne at 8:15 to provide backing ahead of Sunday’s meeting of the provincial finance ministers and Federal Finance Minister Jim Flaherty.  The feds are not in favour of CPP expansion, but both Ontario and PEI have been vocal in trying to strengthen the Canada Pension Plan. “This is your own money, these are not taxes,” explains Eng, “You pay this money into a fund to contribute to your own retirement.  It’s not a tax and frankly, it’s not a job killer.”

Eng says her organization is now turning away from the Harper government because of it’s continued refusal to expand CPP contributions and benefits.  Of more than 2,000  members polled, 43 percent  say they will vote Liberal and just 31 percent will vote Conservative in the next election.  “The question is very simple.  Do you think this government deserves to stay in power if they reject all of the advice of experts and so on, and refuse to act on the CPP?”

Pressure has been growing on the federal government since P.E.I Premier Wes Sheridan released a proposal in October to nearly double contributions over three years.  He said that would result in a near-doubling of maximum annual benefits to $23,400 from the current $12,150.  While no plan is likely to win approval Monday, Sheridan says he believes that ministers will agree in principle that the pension plan must be enhanced.  Details would then be hammered out later, possibly as soon as next summer.