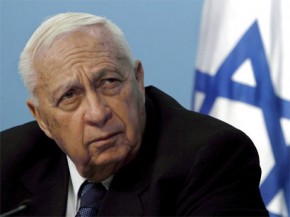 A state memorial for former Israeli Prime Minister Ariel Sharon has taken place at Israel’s parliament building in Jerusalem.  U.S. Vice President Joe Biden was among those offering eulogies.  “When a close knit country like Israel, a country that has been tested as much as Israel, loses a man like Prime Minister Sharon, it doesn’t just feel like the loss of a leader, it feels like a death in the family.”  Sharon died on Saturday after 8 years in a coma following a massive stroke.  He was 85.

Prime Minister Stephen Harper released a statement praising “the leadership and vision of an architect of modern-day Israel.”  Harper’s praise conveys his approach to Israel as “all in” with few shade of grey.  Canada’s Prime Minister is set to travel to Israel this weekend with a delegation of more than 150.  There is talk that there might be a cabinet to cabinet meeting with key members of Benjamin Netanyahu’s government.  The visit will add to the quiet moves the Canadian government is making, such as stepping up defence co-operation, as Israeli officials come regularly to Ottawa.  On this trip, Prime Minister Harper is expected to formally announce negotiations to upgrade the free trade agreement with Israel.  He will also hear about Israel’s security challenges, go to the Yad Vashem Holocaust memorial and address Israel’s parliament.

(contributions from The Globe and Mail)