The Bolshoi Theatre has announced a new music director.

Tugan Sokhiev takes over the baton from Vassily Sinaiski, who left the Bolshoi abruptly last month. 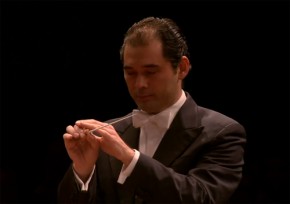 Sokhiev moves to the Bolshoi from the Orchestre National du Capitole in Toulouse, France where he has been music director for the past five years.

His background is similar to famed conductor Valery Giergiev. They are both from the same region of Russia, and both studied under the same teacher.

Bolshoi General Director Vladimir Urin compared the two when defending the selection of Sokhiev, who is only 36. Urin pointed out that Gergiev took over the Mariinsky at the age of 33.