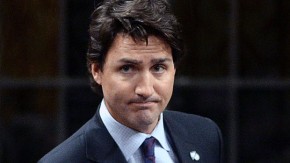 The makeup of the Senate was mired in confusion on Wednesday after Liberal Leader Justin Trudeau kicked his 32 senators out of the Liberal caucus.  Trudeau first explained that there are no more Liberal senators and said they must now sit as independents in the red chamber.  But the 32 senators decided differently and reconstituted themselves using the party’s name hours later.  In the House of Commons, Trudeau called on Prime Minister Stephen Harper to follow his lead and remove Conservative senators from the Conservative party.  “Will the Prime Minister finally take action and only allow members of parliament in his Conservative caucus?”  To which, Harper replied, “Mr. Speaker, I gather the change announced by the leader today is that unelected Liberal senators will become unelected senators who happen to be Liberal.”  The comment received a hearty laugh from Conservative MPs.

The surprise move by Trudeau comes as the Senate awaits a report on senators’ expenses from Canada’s auditor general.  The Supreme Court of Canada is also expected to rule this year on Senate reform or abolition.