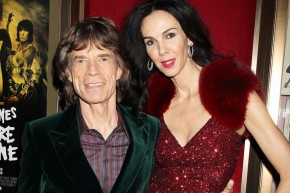 Mick Jagger says he’s struggling to understand how his lover and best friend could end her life.  The 70 year old Rolling Stones frontman has released a statement saying he spent many wonderful years with L’Wren Scott, his girlfriend since 2001. He says she had a great presence and he has been touched by the tributes to her. Jagger ends his statement with, “I will never forget her.”

Scott was found dead in her New York apartment on Monday in an apparent suicide. She was just shy of her 50th birthday.  Meantime, The Stones have called off their tour of Australia and New Zealand. It was supposed to start tonight in Perth.