Prime Minister Stephen Harper is among the world leaders gathered to speak at one of the world’s most sacred battlegrounds to commemorate the 70th anniversary of D-Day.  On June 6th 1944, about 150,000 soldiers from Canada, the U.S., Britain, and other allied countries stormed five beaches in what became the beginning of the end of the Nazi stranglehold of Europe.

U.S. President Barack Obama is there and offered his thoughts on the sacrifices made 70 years ago today.  “Let us recognize your service once more.  These men waged war so that we might know peace.  They sacrificed so that we might be free.  They fought in hopes of a day when we know longer need to fight.  We are grateful to them.” 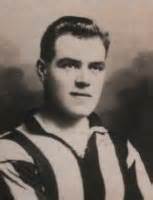 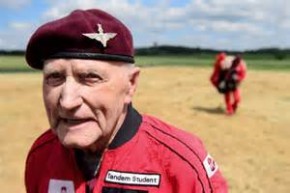 Jock Hutton remembers D-Day well.  The Scotsman was 19 and jumped from 500 feet into Normandy. Today he is back.  Hutton jumped from a plane with an instructor earlier today to appreciative applause.  “Once I stuck my head out the door and got heaved from the back, I was away,” he smiled.  Soon after jumping, 89 year old Hutton met with Prince Charles who was there to witness the first major event marking the 70th anniversary of D-Day.