He was one of a group of talented young photographers who helped create the photographic icons of the 1960s.  Terry O’Neill is showcasing his work here in Toronto at an exhibition called The Man Who Shot the 60s. 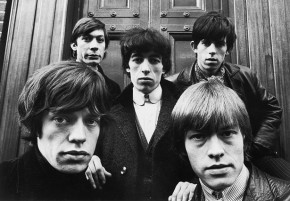 O’Neill photographed The Beatles and The Rolling Stones when they were still struggling young bands in 1963, and says he thought back then, “and we all thought it was going to last a couple of years and then we’d have to get a proper job.  We had no idea what was going to happen.  This was when The Beatles were first going to America, and the whole of American went mad about them and it was incredible and that was the thing that made the 60s really.”

In addition to The Stones and The Beatles, pictures of Frank Sinatra, Sean Connery, Audrey Hepburn, Jimmy Page, Raquel Welch and Faye Dunaway among others are featured in the exhibition.  The Canadian premiere exhibit is at Toronto’s Izzy Gallery until August 24th. Find out more about Izzy Gallery by clicking here