Even though Porter’s looking to sell the Toronto Island terminal, a senior executive says they’re still looking to use it. 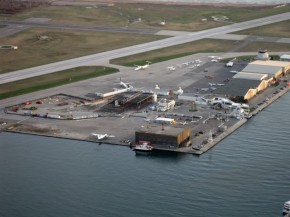 He would not confirm that they expect to get at least $500-million, a figure cited by the Wall Street Journal, which broke the story, calling that merely ”speculation.”

Deluce also says this is not linked in any way with Porter’s controversial plans to expand the airport and to possibly fly jets.