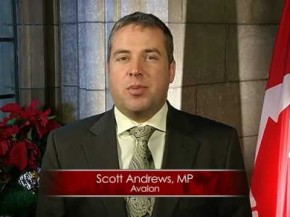 Both deny the allegations but are suspended pending resolution.

Party whip Judy Foote met with her NDP counterpart October 29th, the day after Trudeau learned of the allegations.

Foote then met October 30th with the MPs making the allegations and has spoken separately with Andrews and Pacetti.

The Liberals are asking the House Speaker, Andrew Scheer, to refer the matter to an all-party committee for investigation.

Opposition Leader Tom Mulcair would not reveal the names of MPs who allege they’d been harassed.

Liberal Leader Justin Trudeau says he’s aware of how hard it is for people to come forward and believes those in a position of authority must act on allegations of this nature.

He adds like workplaces across Canada, Parliament needs clear guidelines and procedures for dealing with allegations of serious personal misconduct.