The daughter of the 81-year old entertainer is ”outraged by the misconduct and mismanagement” that occurred at the New York clinic where Rivers suffered cardiac arrest during a medical procedure. 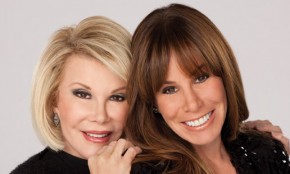 Melissa Rivers has issued a statement saying she’ll work to ensure this does not happen again.

Her lawyers are investigating the circumstances surrounding her mother’s death.

A report released by the Department of Health cites multiple errors, including failing to detect Rivers’ deteriorating vital signs during the endoscopy.

The clinic has put out a statement saying it’s been cooperative and already taken steps to correct the situation.

Rivers died September 4 of brain damage due to lack of oxygen.