One of the world’s epic operas is being staged by the Canadian Opera Company. 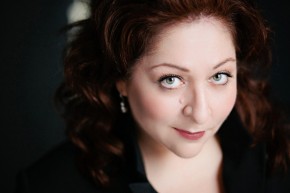 Egoyan was a guest on the New Classical FM’s Good Day GTA and said that he’s been able to do a lot with the staging of this opera.

“It’s such an ambitious project.  It’s four and a half hours, it’s huge, it’s monumental” the Academy Award winning director explained, “so the first time, it’s really just getting it on its feet and just presenting it, and then what we’ve been able to do is refine it.  I think what we’re seeing now is something so much more detailed, and really there are things in terms of the gestures the singers, actors, lighting, it’s becoming that much more specific.”

Die Walkure is sung in German with English surtitles and runs for seven performances at the Four Seasons Centre for the Performing Arts beginning January 31st.  There’s more information on the COC website.