Rock icon David Bowie’s the latest entertainer to give musicals a try.

The 68-year old British singer, songwriter is teaming up with ”Once” playwright Enda Walsh to create ”Lazarus” this winter.

The musical’s inspired by Walter Tevis’ 1963 novel, ”The Man Who Fell to Earth,” which became a 1976 cult-firm starring Bowie as a marooned extraterrestrial named Thomas Jerome Newton, who came to Earth in search of water for his planet. 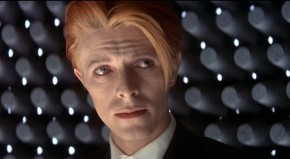 Other stars have had mixed results on Broadway.

Cyndi Lauper won a Tony award for ”Kinky Boots,” and Elton John found success with ”The Lion King,” but even Sting could not save his show ”The Last Ship”.