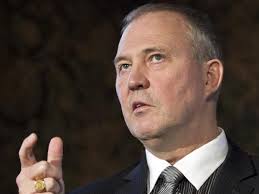 Toronto’s former police chief is hoping to boost the fortunes of the Federal Liberal party by running for the the nomination in Scarborough Southwest, in part to deflect Conservative attacks on law and order issues.  Bill Blair rejects allegations the Trudeau Liberals are soft on crime and terror.  The Conservative Party has responded to recent terror attacks by stating Canada is at war with the international jihadi movement and criticizing the opposition’s stand on terrorism at every opportunity.

Blair says one of the greatest threats to public safety is fear.   Blair says sometimes he finds the tough talk is nothing more than political rhetoric and he says we need to be more thoughtful than that.   Blair has 38 years of policing experience, including a decade as chief of the Toronto Police Service.