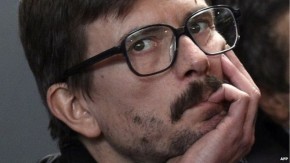 “Insisting the terrorists did not win”, Charlie Hebdo cartoonist “Luz”, who designed the front page of the magazine that appeared after the Paris attacks, has said he will no longer draw the Prophet Muhammad.  Renald Luzier says it’s because drawing Muhammad no longer interests him.  Twelve staffers were murdered when two Islamic terrorists burst into the Charlie Hebdo offices in Paris in January.  That in turn prompted a wave of sympathy under the banner “Je suis Charlie”.  Within days of the attack, the satirical magazine’s surviving staff produced a defiant edition with the headline “All is forgiven” above Luz’s cartoon showing the Prophet weeping while holding a sign saying “I am Charlie”.   “Luz” as Luzier is known is about to release a book of cartoons entitled “Catharsis”, which he says is his way of expressing himself after the killing of his colleagues.