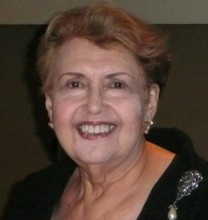 One of Canada’s iconic vocal artists has died at the age of 85.  Clarice Carson retired from performance in 1986 after many years with the Metropolitan Opera, Scottish Opera, the Lyric Opera of Chicago and a host of others including L’Opéra de Montreal and the Canadian Opera Company.  Her colleagues included many of the greatest names in opera such as Luciano Pavarotti and Placido Domingo.

A native of Montreal, Ms Carson sang her first operatic roles in 1959 and performed many performances with L’Orchestre Symphonique de Montréal and the McGill Chamber Orchestra. During the 1965-66 season, she made her New York debut at the New York City Opera; the following season she toured with the Metropolitan Opera National Company and made her debut with the Metropolitan in New York.  Carson had resided in Toronto for the past 27 years.