Seniors have the highest level of outstanding debt among all filing for insolvency in Ontario. 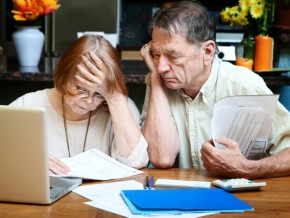 On average, those 50 and older filing for insolvency had about $69,000 in unsecured debt.

Bankruptcy trustee Doug Hoyes says the most alarming trend is the increase in the number of those over 60 taking out high-cost payday loans.

He points out most seniors are very committed to repaying their debts and turn to payday loans to cover payments on credit cards and other loans.

Hoyes says his older clients accrued their debts over years of borrowing as they put children through school and lend them money to get established as adults or care for elderly parents.