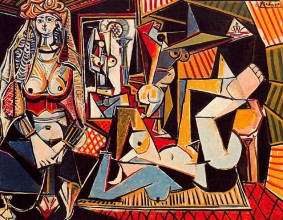 A vibrant, multi-hued painting from Pablo Picasso has set a world record for artwork at auction, selling for more than $179 million.   Picasso’s “Women of Algiers (Version O)” and was among dozens of masterpieces from the 20th century Christie’s Auctions offered in a curated sale Monday night called “Looking Forward to the Past.”

The previous record was held by a Francis Bacon work “Three Studies of Lucien Freud”, which Christie’s sold in 2013 for $142 million dollars.