BLATTER UNDER FIRE AS FIFA VOTES 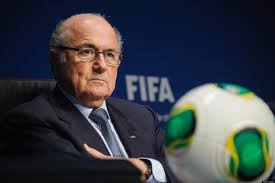 The 209 members of FIFA are voting in Zurich today for president of the embattled body that runs world soccer.  President Sepp Blatter, who has headed FIFA for 17 years is running for another term.  His only challenger is Prince Ali bin al-Hussein of Jordan and both the Canadian and the American Soccer Associations plan to vote for him.  The presidency vote comes two days after seven top officials were held in Zurich in a US fraud inquiry that indicted 14 people.  The US investigation accuses those indicted of bribery, racketeering and money-laundering involving tens of millions of dollars since 1991.